FROM BOOTS TO SUITS 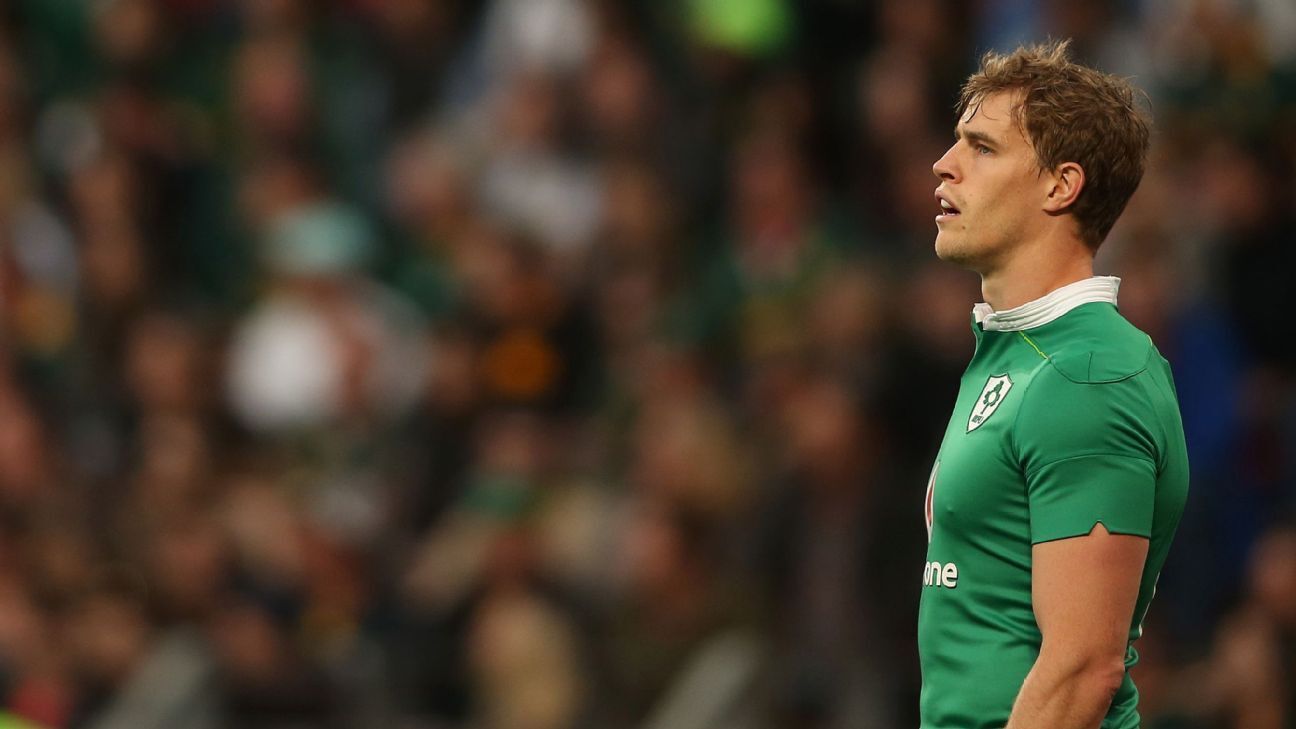 70 caps for Ireland, 229 for Ulster (still the most capped Ulster player ever) and more tries than one could count in a Rugby career: Andrew Trimble’s record speaks for itself. The Coleraine born rugby child prodigy has animated crowds from Ravenhill stadium in Belfast, to Soldier Field in Chicago to the Stade de France, where he scored three tries during the 2014 Six Nations Championship including the final try in Paris that sealed the Championship victory for Ireland.

In June 2018, Trimble decided to say farewell to the place he called home for a decade and a half and move on to new adventures “It felt like it was the right time. I was lucky enough to retire on my own terms. Not everyone gets to do that. I played for 14 years so it was time for a change and after completing a Masters in Finance I wanted to put my learning and my passion to use.”, he says.

And new challenges were indeed coming his way: during his last year of competing, Andrew took the time to reflect on his career and the difficulties he faced as an Elite athlete: “I used to get really nervous on game night. The uncertainty left me unsure as to whether I would be able to perform to the best of my ability and I was never sure as to what kind of performance I would be able to put together. I found a lot of value in taking the team schedule for the week, identifying the items that included me and redrafting my own individual schedule. “

In a fast-paced, ever-changing elite sports environment, player and team schedules alongside other requirements can create chaos in the mind of the professional athlete. Andrew believed in an engineered approach to performance, where the athlete creates and follows a detailed, thorough and easily adapted performance plan in order to be perfectly prepared to execute on game day.

“This allowed me to see exactly what steps I needed to follow during that week. I then added my own personal skill ‘extras’ to team training sessions, S&C targets and medical/rehab/soft tissue requirements to my plan. When I got to game night I felt like I had completed a really thorough performance plan and as a result, felt much more confident that I would be able to execute under pressure. I had done everything I could do to put myself in the best possible position to perform.”

“Getting to this level of preparation requires an enormous amount of effort. I had calls to make, texts to send and schedules to draft and redraft. This is where I came up with the idea of developing an app that can offer tools to elite athletes so they can design and engineer their own plan in the same way I did.”

Thankfully, Andrew Trimble has the boots and the brains. He pursued his education for years whilst playing elite high-level rugby. The Northern Irish winger studied Theology, Management, and Finance without ever knowing exactly what he wanted to do. When he retired, Andrew decided it was a good time to make the leap and go full time with the Kairos project.

Andrew met Gareth Quinn through the Ireland Funds, a charity where they both sit on the Belfast Committee together, a couple of years before he retired from rugby. Being the founder and Managing Director of Belfast’s leading business and technology event, Digital DNA, Gareth had the local and international industry network and knowledge that complemented Andrew’s in getting started on the platform.

“I asked Gareth how I would go about creating something like Kairos. He asked me what other teams were using and we set about validating the market opportunity. We wanted to make sure that this problem wasn’t just one that existed in my life, Ulster Rugby or even just rugby”, Andrew explains.

Together, they found that the challenges Andrew faced as a professional rugby player were reflected on a broader scale in the elite sports world. Many sports clubs find it difficult to communicate training programmes, schedules and requirements simply or effectively. The Kairos platform was built to help sports clubs streamline planning and optimize the performance of their athletes.

When asked his ambitions for the new sports tech company, Andrew explained: “We want to make this solution drive success within top level football and rugby teams in UK and Ireland initially. However, we believe this can seamlessly adapt to any elite or professional sport and any region, so we also intend to widen our reach into Europe, North America and even as far as Australia.”

Kairos has already convinced elite sports teams, such as Sacramento Kings in California and Manchester United FC of its benefits. The Kairos team has also been working in collaboration with the IRFU to develop the platform and make perfectly adapted to elite sports professionals ( athletes, physios, coaches and administrators). Ulster Rugby adopted and integrates Kairos during the 2018/2019 season, and players and staff are now all using the app on a daily basis. The club has described Kairos as a “critical and effective solution to manage their daily schedules.”

In this new era of sports performance, Kairos was created by an elite athlete for elite athletes. It is now an indispensable solution for players to maximize and perfect preparation and help them experience clarity in the moment that matters most: game night!