ONE GOLFER’S QUEST FOR THE CLARET JUG

Can an outsider, coming into form at the right time upset all the odds? On Thursday, 156 players will tee off to compete in the oldest tournament in golf history, the legendary Open Championship. Historically held in England or Scotland, the Northern Irish town of Portrush will be hosting the major tournament this year, for the first time since 1951.

Amongst this year’s contenders stands French golfer Romain Langasque. From his first par at the age of 4 to winning the British Amateur in 2015, playing in The Masters at the age of 20 and being ranked in the European Tour top 30 this year, the 24-year-old golf prodigy is an inspiration for a new generation of French golf fanatics. Coming out of last weekend’s Scottish Open with an amazing 3rd place and a second-lowest final score of -20, there is no doubt that Romain is more than ready to face the legends of international golf at Portrush and chase the coveted Claret Jug.

Our team member and golfer Emilie caught up with Romain last Friday to get some insights on his preparation leading up to The Open.

How is your current season going?

“It’s off to a very good start. I’ve finished 2nd, 3rd, 5th and 6th, and made 5 additional cuts with only 3 missed. I can now play all European tour events and I also secured a spot on the tour for next year. I’m playing well, I feel confident in my game and comfortable playing in these tournaments which is very cool.”

When did you play The Open for the first time?

“I’ve played in it once after winning the British amateur championship in 2015. It was in Saint Andrews and it is still an amazing memory. I made the cut and finished in the top 50 which was a good performance for my first time playing it.”

What is the main difference between playing a major championship and a regular professional tournament?

“The main difference is the crowd. We get some crowds on European tour events but nothing compared to a major championship. During a major, the place is literally packed with people everywhere, creating a very special atmosphere. Also, the golf course is perfectly prepared and instead of playing against 50 top world players, we compete against the top 150 players in the world.”

Do you prepare differently for a Major tournament?

“Preparation for a major tournament isn’t fundamentally different from any other tournament. However, we highlight the majors on our calendar at the beginning of the year and adjust our season’s schedule accordingly. I decided not to play two weeks ago because I wanted The Open to be my third event this month. I want to make sure to come into the week fully energized both physically and mentally. We often get tired with back-to-back tournaments and even if we know how to adapt, major tournaments require an additional amount of focus and we need to make sure we are 100% ready when they arrive.”

What is key to maintaining energy levels with all-year-round traveling?

“First, you should never play too much. I never play four tournaments in a row, my maximum is three. In between tournaments, I don’t spend too much time on the course or the driving range and I make sure to take a few weeks off throughout the season to recover after intense competition streaks. Two other important factors are eating and sleeping well: the sleeping part isn’t a problem for me because I’ve always been an early bird! Finally, the one big issue with traveling internationally is jet lag and it does take some getting used to, but after a few years I don’t even feel it that much anymore.”

How do you manage your personal preparation?

“I have a great team of 4 coaches that help make sure that I am well prepared. My technical coach, Mike Walker, is based in England and I mostly see him during tournaments. I also have a coach in France whom I have known since I played junior golf and he is in charge of analyzing my statistics and helping me apply what Mike and I are working on when I’m back home. My strength coach travels with me in 10-15 tournaments every year and I also see him when I am training in France. I am also working with a sports wellness coach who I call about once every other week for a mental prep session. In terms of arranging my trips, booking hotels, flights and dealing with paperwork, my manager could do it for me but at the moment my Mom is happy to do it for me so that’s great.” 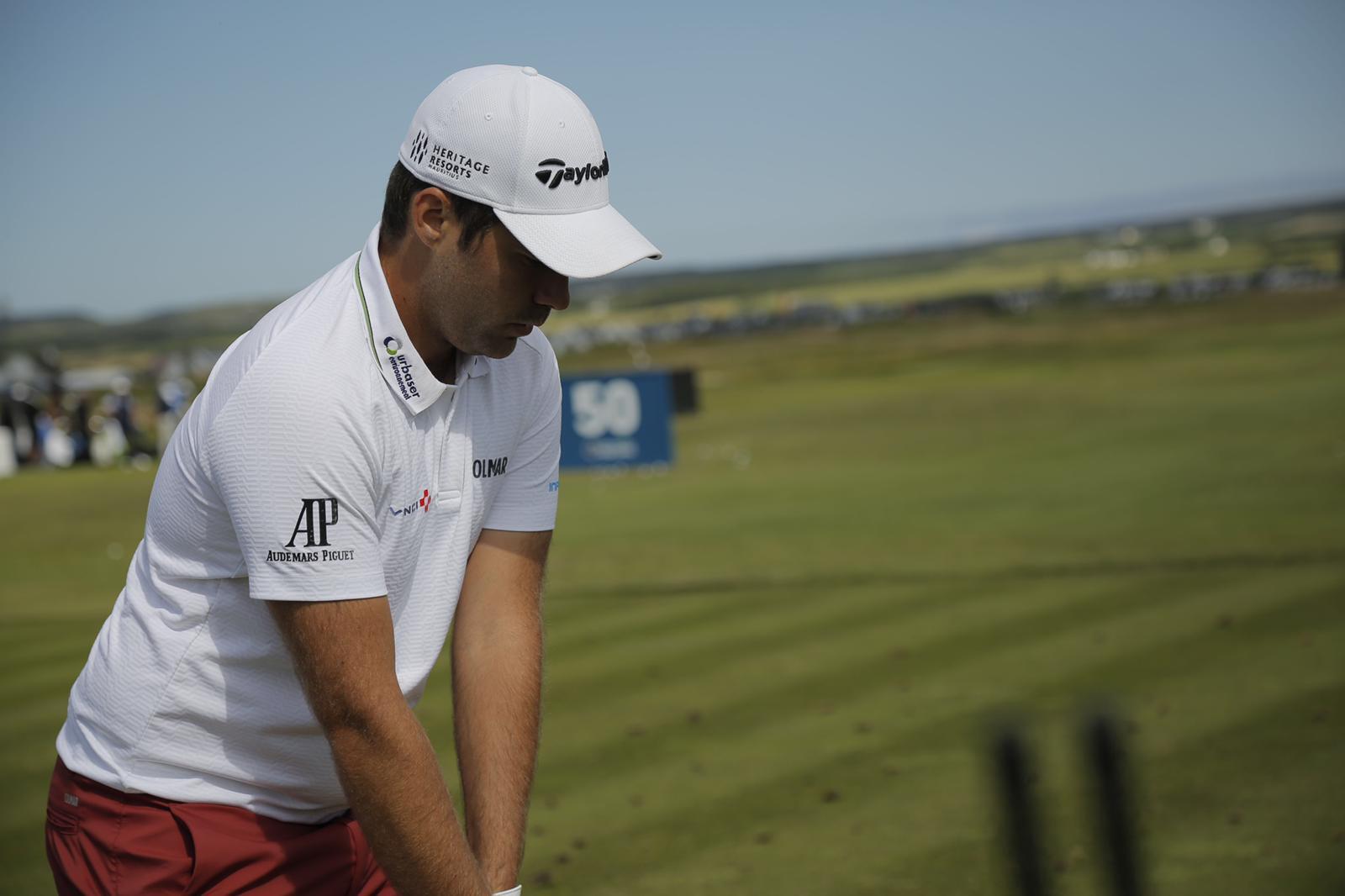 What is the biggest challenge for you playing in a 4 day event? How do you keep your focus?

“For me, golf in general and especially 4-day events require patience. With every day comes good shots, bad shots, birdies and bogeys. Throughout these rounds, we need to keep the same level of focus, clarity and calm. In golf, frustration comes very easily: it is crucial to keep a serene attitude and bounce back from bad shots and bad holes to move forward and avoid this frustration. I focus on controlling the things I can and making sure results aren’t affecting me or my game throughout the tournament.”

Your thoughts on Portrush?

“I have played the course once. It was for the British amateur championship 2014 and I absolutely loved it. As most people will see on TV, the course, the place and the scenery are beautiful and it’s a lot of pleasure playing there. Portrush is, however, a tough course and it definitely plays more or less difficult depending on weather conditions. Because it has been prepared to host a major championship, I wouldn’t be surprised if it looked very different from my memories. I’m looking forward to finding out during the practice round on Tuesday.”

What aspects of your game complements Links Golf?

“I feel like my game fits the links quite well. I’m creative on the golf course, I’m not scared of experimenting and trying new shots if the situation or weather conditions demand it. One of my tricks is to hit a low, faded tee shot called “ Baby Drive “. I am very comfortable with this shot, allowing me to keep the ball in play in windy conditions while maintaining some distance since the ball rolls for miles on these hard fairways.”

Your Objective for The Open 2019

“Of course I’d like to be in a winning position and have a great finish. In the meantime my objective is to do everything I can beforehand to make sure I show up to the first tee box on Thursday ready to commit myself to every single shot, stay patient and have no regrets in the end.”

… Your grouping wish for this week?

“ Well, I would say my ideal group would be Rory Mc Ilroy and… Tiger Woods. No big deal, right?”